Both names have existed side by side for centuries, often misleading curious gourmands. The current recipe, as you might have guessed, has nothing to do with pepper. This dessert, full of precious ingredients, has gone down through history as a 17th-century creation, the period in which Ferrara was once again under the domain of the Holy See. Legend has it that the Poor Clare nuns at the Monastery of Corpus Domini (between Via Pergolato and Via Campofranco) were its masterminds.

Costly spices such as nutmeg and cinnamon make it likely that this recipe was created in a clerical or monastic context, spaces that, at the time, had rather impressive spending power. The characteristic skullcap shape even echoes the head covering of a bishop or abbot. As an homage to the clergy, it thus took on the name Pan del Papa (bread of the Pope). On the other hand, the spices included on the list of ingredients may confirm the idea of “peppery” bread, i.e. bread with lots of different, intense flavours.

Mentions of pampepato can be found in writings from the 1400s, when Borso d’Este had a golden ducat inserted into a cake of this name to be served to each guest. It was an item with a spiced base, including pepper, honey, sugar, almonds, orange zest and flour. During the 1500s, with the spread of cacao, the cake was covered in chocolate, taking on the appearance that it’s known for today.

Moisture is an essential element for the pampepato to come out as it should. Generally a Christmas cake, it was usually cooked well before the holidays so that it would absorb the moisture from the fog and the cool, damp rooms it was stored in, ensuring it would be soft as possible inside when served.

Preparation
First prepare the ingredients to be mixed together: the coarsely chopped almonds, diced candied fruit, whole pine nuts and cinnamon. Pour the flour into a mound and create a crater in the centre, then add the sugar to it along with the cocoa powder, the yeast and the mixture of spices and candied fruit (already prepared). Knead everything with water and espresso. Divide the dough depending on how large of a cake you want to make. Smooth out the round mounds of dough that you’ve created. Cook very slowly with the oven at a moderate temperature. The cakes will need about an hour if they’re large, a bit less if they’re smaller.
For the icing, melt the dark chocolate in a bain-marie, then apply it with a brush to the baked pampepato. 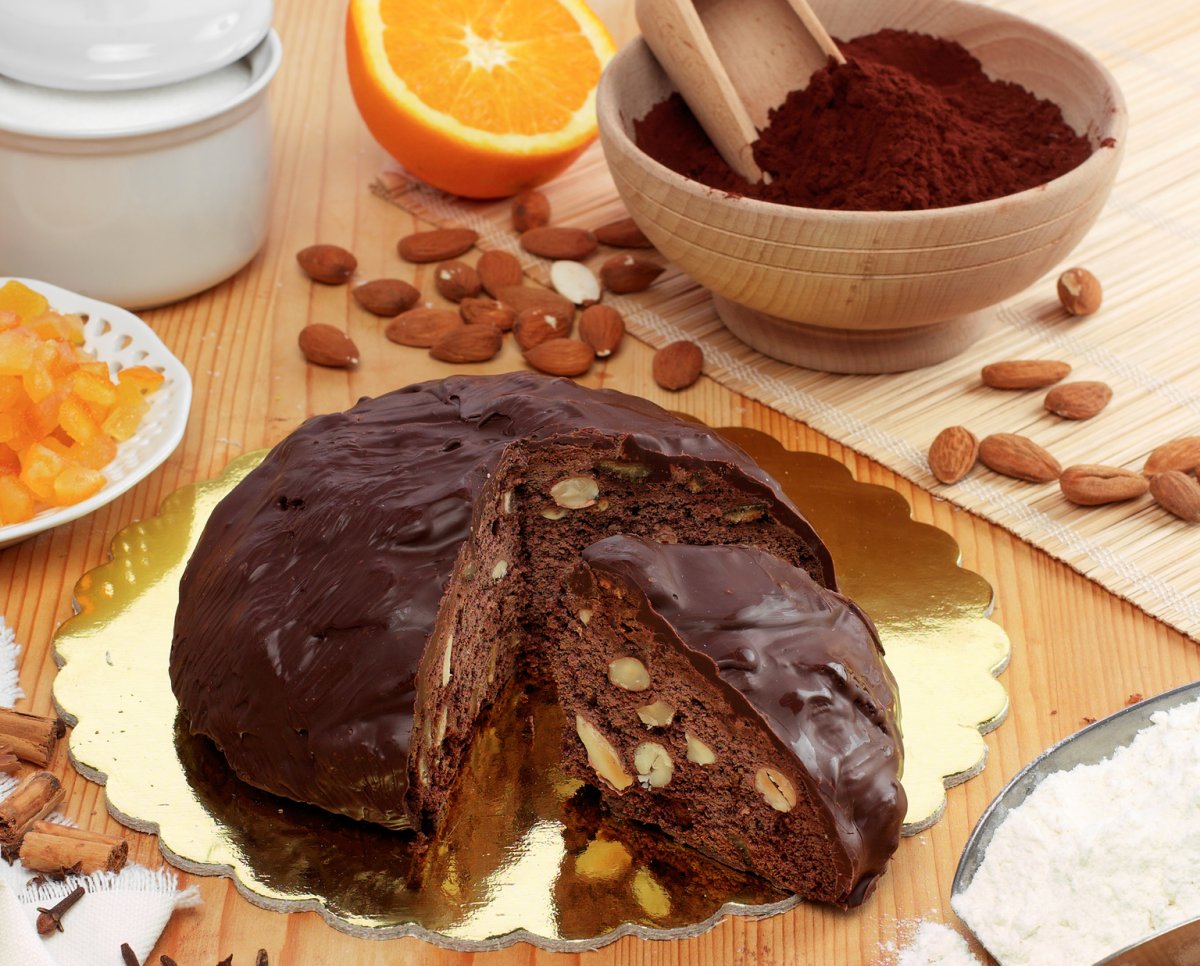 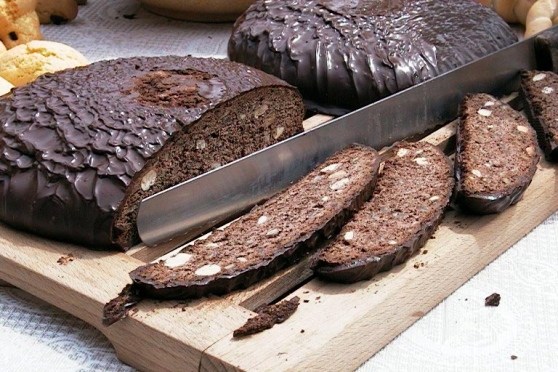