One of the masterpieces of the cuisine of Ferrara: a recipe that embodies the traditional Este taste for contrast between sweet and savoury

It was mainly eaten during carnival, a period in which people allowed themselves more substantial dishes than usual before Lent. Because it is so complex to execute, it has always been considered a prestigious dish, one that often was part of fine dining. From luxurious Renaissance banquets, it underwent various changes until becoming the current recipe during papal legation. It is probably is no accident, then, that its shape resembles the hat of a priest.

Cooking a “Pasticcio di maccheroni” takes quite a bit of work, because it is a single dish made up of the three parts, each with its own process: the outer layer in shortcrust pastry, the filling made up of maccheroncini pasta, and the inner sauce being bechamel and a ragu of meat, truffles and mushrooms. Today it is rarely made in the domestic sphere, if not by nostalgic, willing home cooks. Instead, it is often found in the shops of talented pastry shops around town.

Preparation
Prepare the shortcrust pastry with the listed ingredients. Create a uniform ball and let it rest for half an hour. Then roll it into two circles.
For the ragu: soak the mushrooms and then boil them for 15 minutes. Chop and brown the celery, carrot and onion in the oil, add the meat, salt, pepper and rehydrated mushrooms. Add the wine and, once evaporated, cover with water and let cook over a low flame for about two hours.
Meanwhile, make the bechamel with the listed ingredients. In a large soup tureen, combine the still-lukewarm bechamel with the ragu, mushrooms and pasta. Mix everything, shaving a few truffle slices over the mixture. Stuff one of the shortcrust pastry rounds with the dressed pasta, creating a dome of the filling with your hands. Cover with the other shortcrust pastry round, unite the edges of the two pastry discs, and cut off any excess.
The leftover shortcrust pastry can be rolled out again and shaped as a decoration for the pasticcio. A traditional decoration is that in the shape of a flower, placed at the top of the ‘dome’. Brush the crust with beaten egg yolk and cook in a pre-heated oven for 25 minutes at 175°C.
It’s lots of work, but your taste buds will thank you! 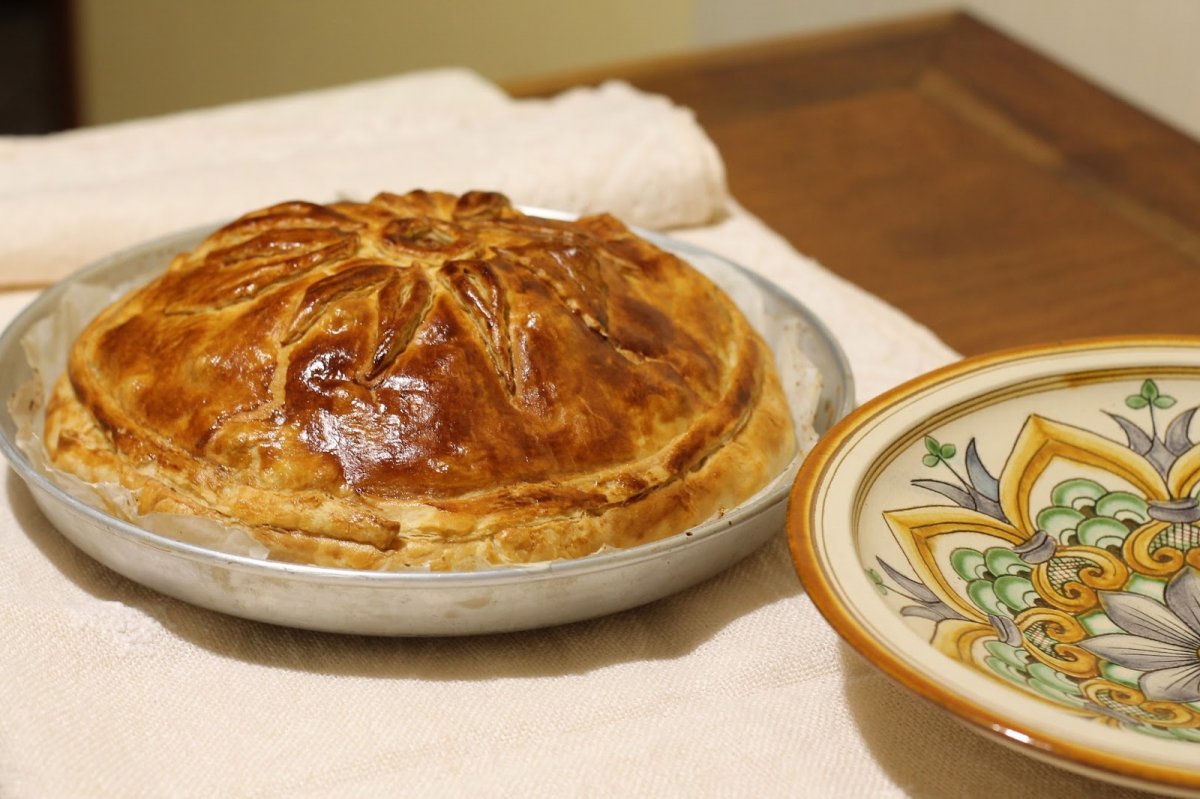 After 50 years from the exhibition organized in 1971 at Palazzo dei Diamanti, Ferrara decides to celebrate once again this great master who [...]

From September 30th to December 19th 2022, the Ferrara jazz club gave life to rich and prestigious events animated by illustrious names in t [...]

Natalissimo is a fair where you can buy many exclusive products to complete your Christmas gifts. You will find various items all unique an [...]