One of the undisputed symbols of the cuisine of Ferrara, with ancient, noble origins

Hints of his existence even at the time of the Este court can be found in a letter in which Lorenzo de’ Medici thanks Ercole I d’Este for the salama da sugo that he was so happy to have received. Mashed potatoes are the recommended side dish, creating the perfect balance of flavours with the robust taste of the sausage delightfully uniting with the soft sweetness of the mashed potato.

Even if peasants carefully guarded their recipe for this dish, passed down from generation to generation, its base is made by grinding various cuts of pork, both fatty and lean, then adding a small amount of tongue and liver.

Salt, pepper, nutmeg and cloves are added to the salama da sugo mixture, then everything is mixed with red wine, just as much as the meat will absorb. The mixture is then piped into a pig’s bladder, often called “investiture”, evoking the fiefs of the area around Ferrara. It is then aged for about a year and, depending on its size, cooked for at least 5 hours.

Preparation
To verify the state of the sausage, put it in a pot of water. If it sinks, you can proceed! To cook it perfectly, let it soak in lukewarm water overnight. Once washed and softened, wrap it in a fine cloth. Tie the upper part to a wood stick that, resting sideways on the edges of the pot, will hold up the sausage for the entire time it needs cook. The sausage mustn’t ever touch the bottom of the pan. After having cooked for at least 5 hours over a low flame, remove the twine or string, cut it at the top and serve with potato puree. It will be soft and delicious!! 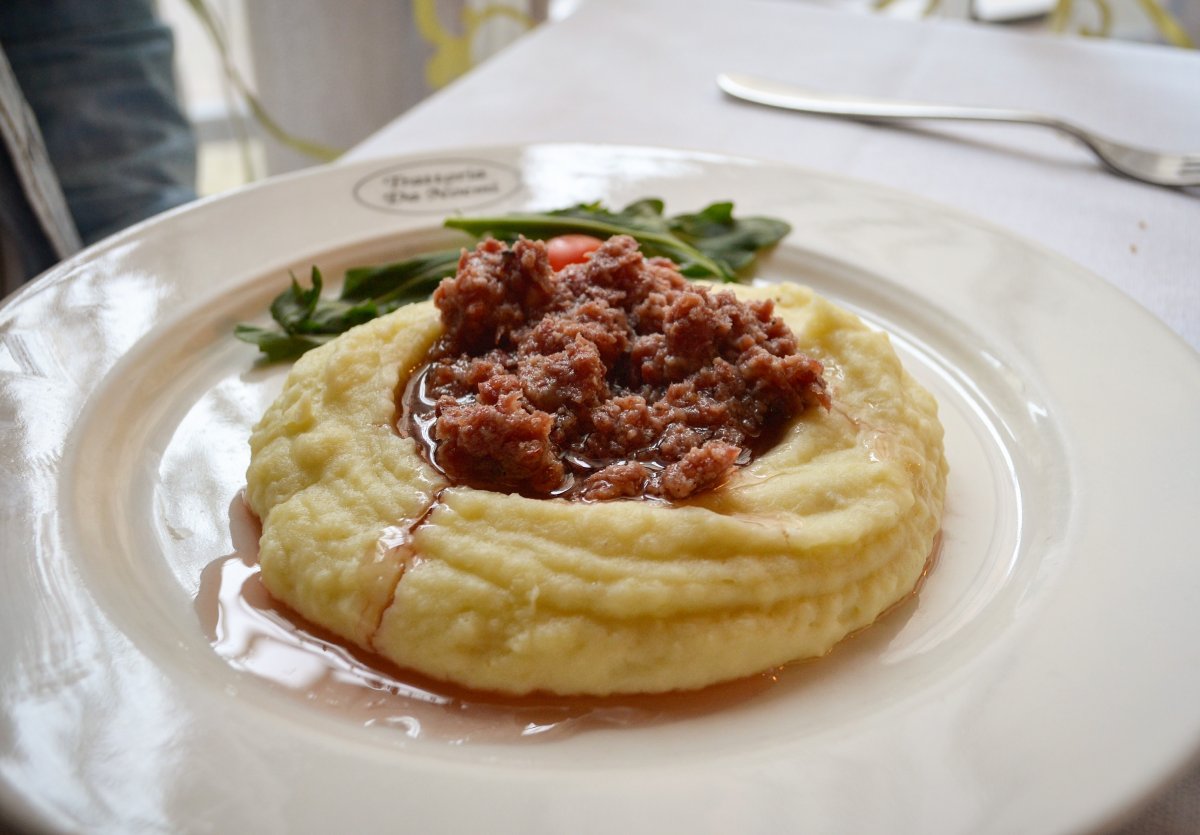