The Castello Estense in Ferrara is the monument most closely identified with the image of the city, and has played a role both as protagonist or as witness at every stage in the city's history.

Linked above all to the fate of the Este family, which obtained in 1264 by popular acclaim the signoria of the city in the person of Obizzo d'Este, the castle remained the seat of the family's power until the departure in 1598. Thereafter the castle was inhabited by the Cardinal Legates, representatives of the papal government of which Ferrara remained a domain until 1859. Today the castle is the property and seat of the Provincial Administration, and also houses the Prefecture.

Building began on the castle in 1385 following a violent popular revolt, triggered by the byrden of taxation imposed by the Este rulers. During the uprising, the people had murdered Tommaso da Tortona, who was the Giudice dei Savi (Senior Advisor) and the tax adviser to the Marchese. The castle was designed to ensure the Este family secure protection and to constitute a centre of military power with which to control the city.

The Marchese Nicolò II commissioned the castle from the court architect Batolino da Novara, an expert in military constructions (whose other works include the castle at Finale Emilia and Mantua). From 29 September 1385, the day that building started on the castle, it was called Castello di San Michele.

The original plan incorporated an existing tower, that had already been fortified, and surrounded by a moat. This Torre dei Leoni (Leon Tower), as it was named, formed part of the system defence to the north of the city, ranged along the present-day Corso Giovecca and Viale Cavour.

Three other towers were built, forming a rectangle with the first tower, which was located at the north-east of the building. The towers were joined by blocks, or corps de logic two stories high reinforced with avant-corps to defend the entrances. The castle was topped with battlements over the corbels (projections that jut out from the wall face).

To begin with, the building was used as a barraks for soldiers. From the second half of the fifteen century onwards, under Borso and Ercole I, the building began to be used as an extension of the Marchese's residence, situated towards the city square opposite the cathedral and linked to the castle by a covered way, later turned into a wing of the building.

Under Ercole II, duke from 1534 to 1559, the castle was transformed into a court palace, assuming the architectural form that it has today.

This transformation was entrusted to Girolamo da Carpi who demolished the merlons and replaced them with stone balconies. He also added another foor to the building and designated the Loggia degli Aranci (of the oranges) on the first floor of the Torre dei Leoniand the roofterraces on the towers. After his death, the work was completed by Alberto Schiatti.

The Hotel Touring is a friend of the Castle of Ferrara and allows you to be entitled to a discount, ask for the bonus at the reception. 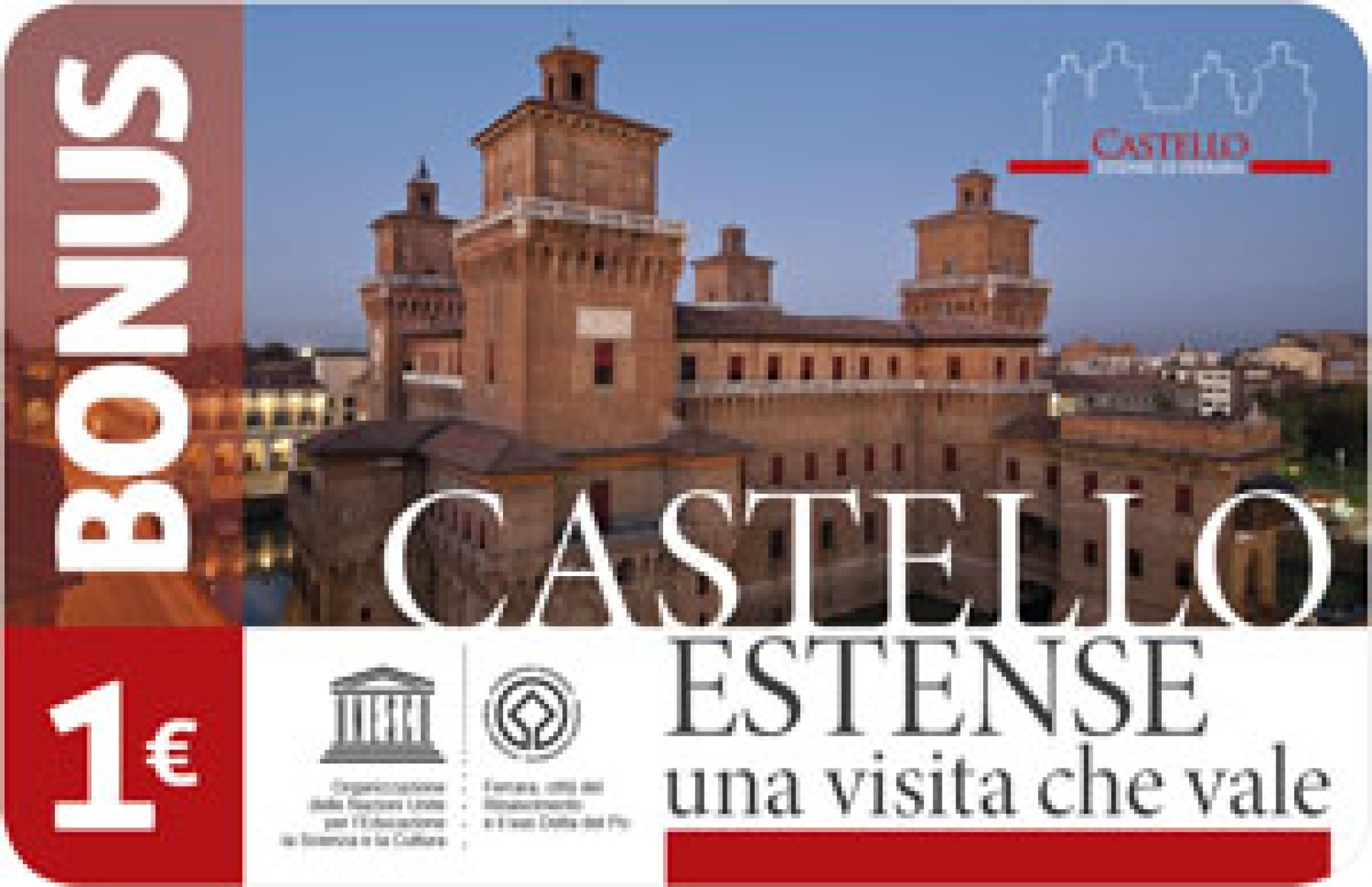 The Ferrara Buskers Festival is an international event, a standard bearer of music and street art in Italy. The International Music S [...]