It’s History itself which gives Ferrara’s Palio the record of worldwide most ancient Palio: in 1529, indeed, to celebrate Azzo VII “Novello” d’Este, marquis of the city, winning on Ezzelino from Romano to Cassano d’Adda, was organized the first Palio of the history of Ferrara. In 1279 – 20 years later – it was chosen to include the Palio in the official activities of the community, dictating the rules in the city’s charter. Therefore, in the document was decided that the Palio would have been run twice yearly: the 23rd of April in honor of San Giorgio, protector of Ferrara, and the 15th of August in honor of the Virgin Assunta. The races went on continuously until 1600 and they were organized to underline specific events such as birth, wedding, visits of important people and not even the disastrous breaks of the Po could stop the party, which was simply postpone.

Races of horses, donkeys, women and men, for which everyone could sign up, had to take place on these recurring events in the presence of the city’s authorities. The winner’s prize was indeed a Palio, that is a cloth; the second and the third classified received a porchetta and a cock.

The traditional Palio of San Giorgio was run regularly alongside the “Via Grande” (present Via Ripagrande – Carlo Mayr) parallel to Po’s shore, starting from “borgo della Pioppa” to Castel Tedaldo (actual acqueduct zone). It was a tradition that the city associations or some contado’s communities offered horse’s owner the drape in sign of victory. Other races took place traditionally in the “delizie estensi”, together with hunts, jousts and tourneys.

The races started again in 1933 and – except the interruptions caused by war events – continued to animate Ferrara’s city life till today. The Ferrara’s Palio’s modern edition takes place always on the last Sunday of May, in memory of the amazing Palio of 1471, organized to celebrate the at the time Marquis Borso d’Este, when he received from Pope Paolo II  the investiture of first Duke of Ferrara.

Ferrara’s Palio, in addition to be the most ancient in the world, is characteristic for the kind of race, which is run during celebrations unlike many warlike ones, which instead provide for the use of the “Saracen” or any other enemy to defeat with the lance. It’s a unique and important moment for the city which get dressed with the “contrade”’s colors, which demonstrate in the square to win the “palio”, but also – and above all – to party and recollect the Renaissance, a time in which Ferrara was truly among the cultural capital cities of Europe. 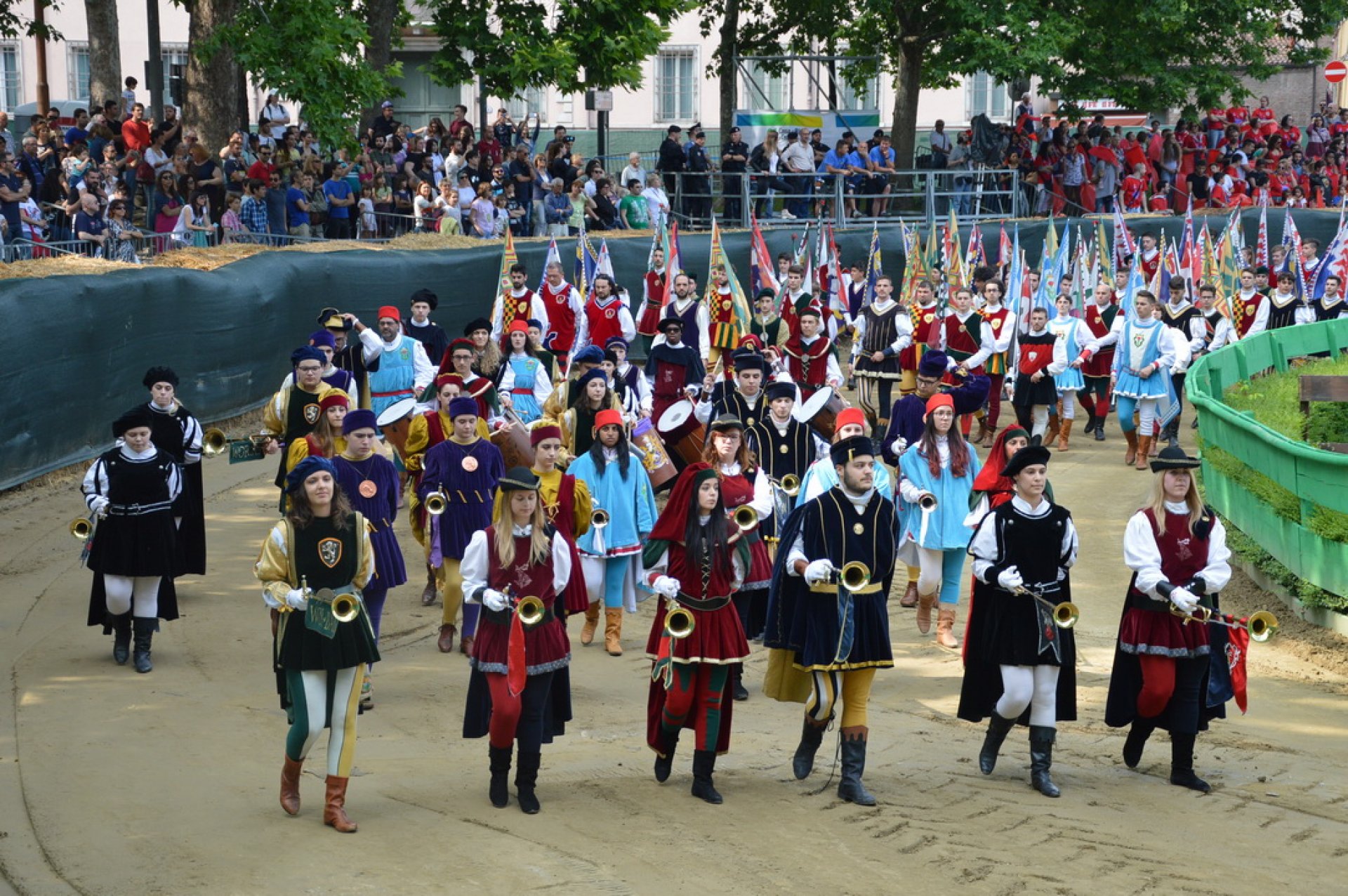 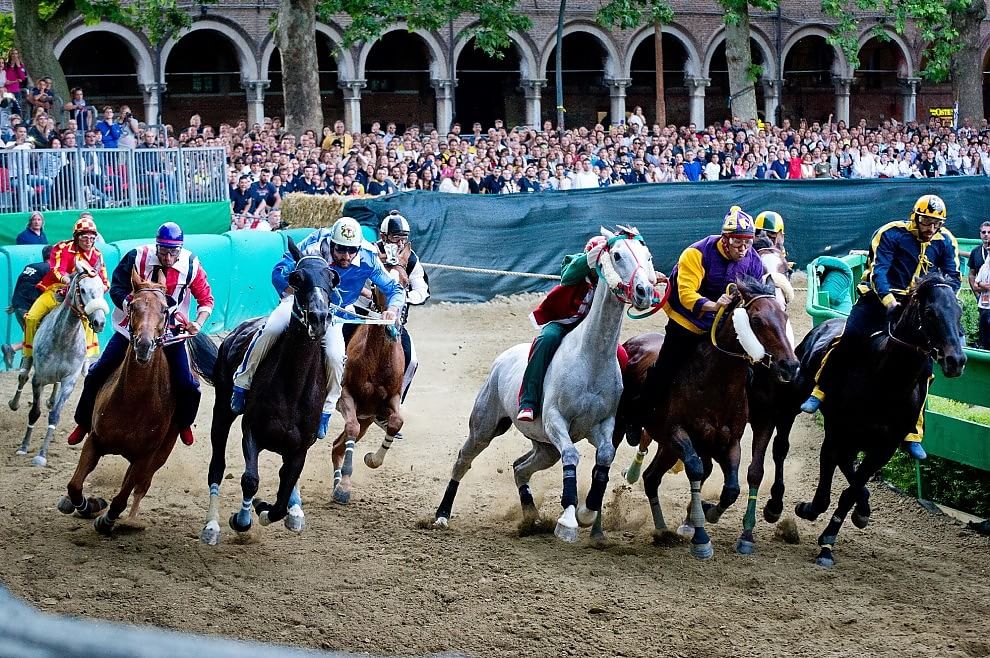 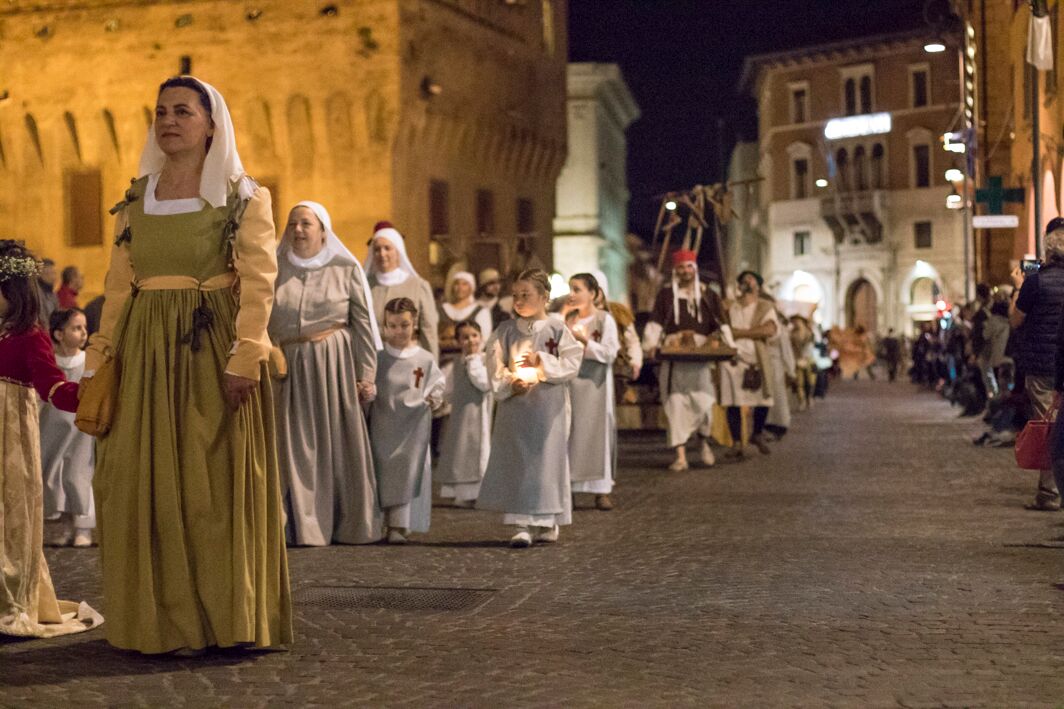 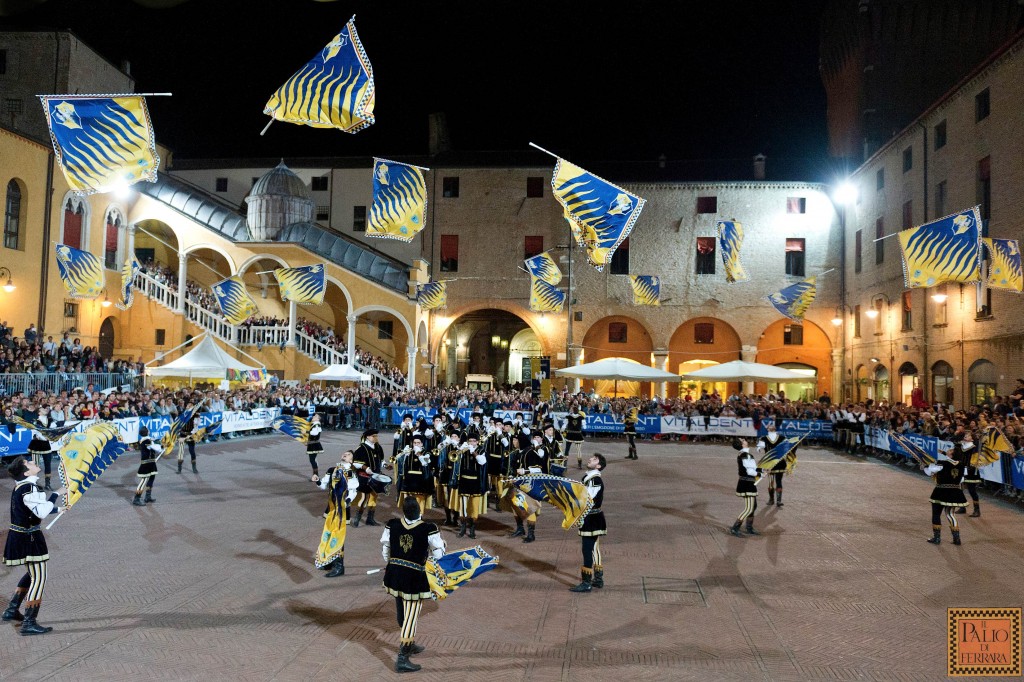